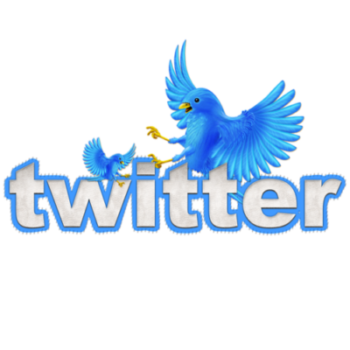 Cashing in with Twitter – In order to successfully use Twitter to drive traffic to your website, it’s importantly to carefully craft your tweets so that they attract attention and to post at specific times.

If you’d love to gain new followers and increase audience engagement with your tweets simply continue reading to discover everything you need to know, to effectively harness the power and start cashing in with Twitter.

To significantly increase your chances of your tweets being seen, it’s crucial to craft eye catching, engaging posts.

1. Keep your tweets sweet and short

While Twitter currently has a character limit of 140 characters per tweet and is set to increase their character limit to 280 characters, you should aim to keep your tweets between 90-100 characters. As your followers are far more likely to read a short engaging tweet, than a lengthy tweet that rambles on.

2. Get used to using shortened URLs

Make sure to include a shortened URL, that will drive traffic to your website.

The human eye is far more likely to be attracted by a video or image, than plain text. So it pays to include a single GIF, video or image with each tweet that you post.

4. Don’t get too carried away with hashtags

While it may be tempting to spam your followers with hashtags, adding too many hashtags to a tweet will make you or your business look desperate. Instead try to limit your hashtags to a maximum of 4 trending or relevant hashtags per tweet as this is the happy medium with the best chance of cashing in with Twitter.

Did you know that you can gain new followers and potential clients by carefully choosing when to tweet? Simply continue reading, to discover the optimal time periods, to target.

2. Try posting early in the morning
One way to make sure that your tweets don’t get lost in traffic is to post between 2 am to 3 am. When early birds are scrolling through Twitter.

3. Try to tweet in the evenings, in order to maximize follower engagement

If your primary goal is to maximize your follower’s engagement with your post, try to post between 8 pm and 11 pm. When your followers are sitting at home, watching Netflix or catching up on international news.

4. Try posting when your followers are eating lunch or commuting home from work

Twitter experiences a surge of activity between 12 pm and 1 pm and 5 pm and 6 pm. So if you plan to post during a working day, it’s advisable to post in these two time windows.

5. Don’t be afraid to experiment

It’s well worth posting at different times of the day to see when your posts gain the highest amount of click throughs and retweets.

So if you’re serious about harnessing the power of Twitter, make sure to follow all of the handy tips and tricks listed above and you too could soon be cashing in with Twitter.

How To Get A Paypal Credit Card For Business Expenses

Can Expired Domain Names Be Used to Make Money?